Pickup trucks used to be reserved for those in need of a workhorse vehicle, but large pickups are becoming more and more popular for personal use as well. Whether you need a new work truck or you simply want a vehicle that's capable of towing your weekend toys, the 2017 Nissan Titan has you covered.

But how does the 2017 Titan compare to more well-established pickups like the 2017 GMC Sierra 1500? We're digging deep to find out, pitting the 2017 Titan head-to-head against the 2017 Sierra 1500. Keep reading to learn all about the features and specifications offered by both popular trucks!

The 2017 GMC Sierra 1500 comes in five trim levels: Sierra, SLE, SLT, All Terrain, and Denali. The Sierra and SLE trims come equipped with a 4.3-liter V6 engine with a lackluster output of 285 horsepower and 305 pound-feet of torque, which is well below the 2017 Nissan Titan's base engine performance. The SLT, All Terrain, and Denali trims all come standard with a slightly more impressive 5.3-liter V8 engine that kicks out 355 horsepower and 383 pound-feet of torque, which is still less powerful than the 2017 Titan's base engine. Drivers who want serious power under the hood should be ready to shell out some cash, as the 2017 Sierra 1500's available 6.2-liter V8 engine costs significantly more. Additionally, the 2017 Sierra 1500 is missing sought-after standard features such as a CD player, Push Button Start, a keyfob, an auxiliary input, MP3 decoder, and LCD monitor, all of which come standard on the 2017 Titan.

The 2017 Nissan Titan comes in five trim levels: S, SV, PRO-4X®, SL, and Platinum Reserve. Multiple cab configurations are available as well, including Single Cab, Crew Cab, and King Cab. All trims come equipped with a high-power 5.6-liter V8 engine that generates 390 horsepower and 394 pound-feet torque. And yes, you read that right. The engine won't cost you any extra, even on the base trim in the 2017 Titan's lineup. All trims come standard with plenty of high-quality features such as the hands-free text messaging assistant, Bluetooth® capability, remote keyless entry with Push Button Start, power windows and door locks, a sliding back window, and overhead LED cargo bed lights.

Truck shoppers interested in learning more about the 2017 Nissan Titan are encouraged to contact a member of our team here at Matt Castrucci Nissan or stop right in and see us at our location in Dayton. Drivers ready to get behind the wheel of the 2017 Titan, or any other model in our lineup, are invited to schedule an obligation-free test drive online today! 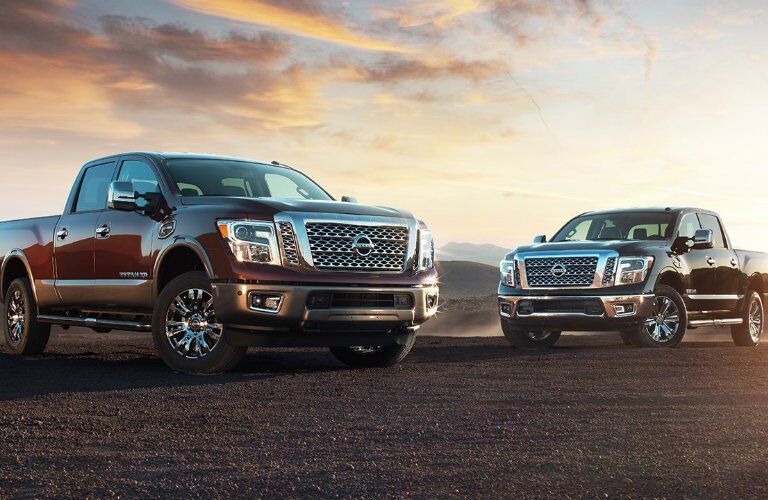 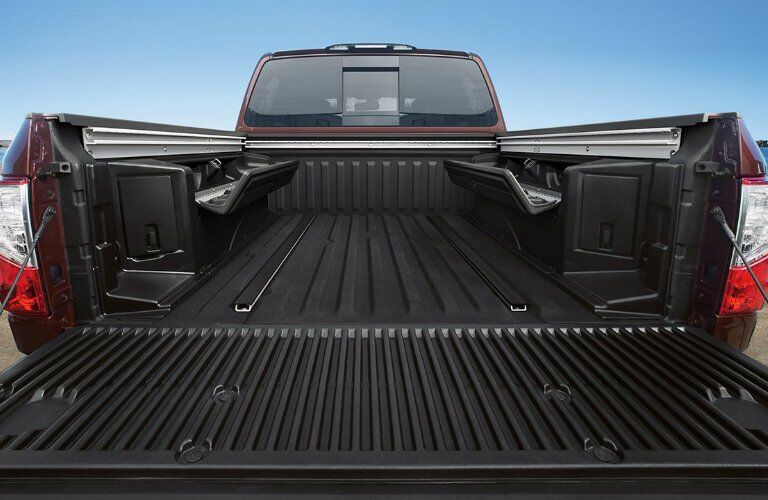 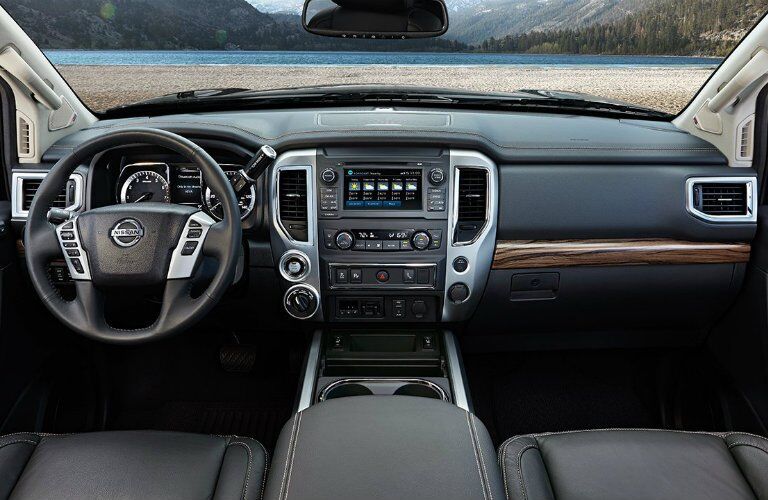 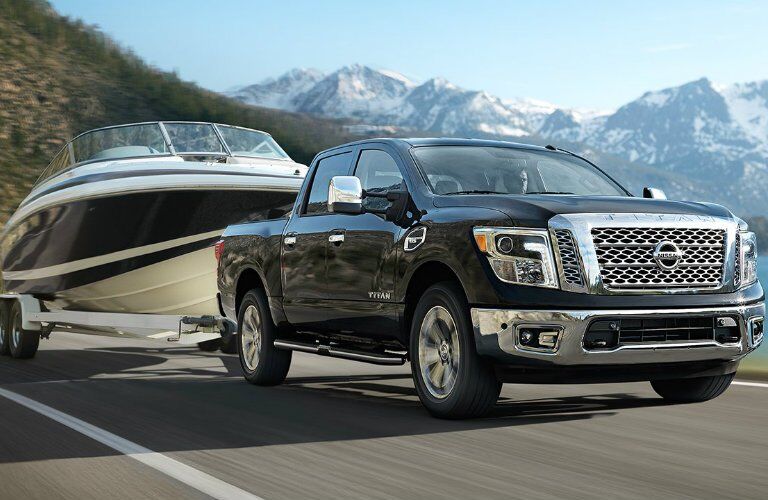 The Nissan Titan has been fully redesigned for the 2017 model year, now boasting a more aggressive styling and a higher-quality interior design, but one of our favorite things about the 2017 Titan is the huge variety of exterior color options that are available. Interested in seeing what the fuss is about? Keep reading!